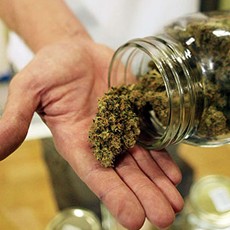 California cities may ban medical marijuana dispensaries within city limits, the state Supreme Court ruled Monday.  The ruling is significant for the nearly 200 cities and counties in the state that have prohibited pot dispensaries so far.

Riverside passed a land use ordinance declaring medical marijuana dispensaries a “public nuisance” and in addition declares a nuisance “any use that is prohibited by federal or state law.

The city then took action to close down the Inland Empire Patients Health and WellnessCenter as a public nuisance.  The Center challenged the ban as in conflict with state law permitting use of medical marijuana and thus preempted.

“We disagree,” wrote Justice Marvin Baxter.  “We have consistently maintained that the [Compassionate Use Act and Medical Marijuana Program] are but incremental steps toward freer access to medical marijuana, and the scope of these statutes is limited and circumscribed,” Baxter wrote.

Nothing in the two laws “expressly or impliedly limits the inherent authority of a local jurisdiction, by its own ordinances, to regulate the use of its land, including the authority to provide that facilities for the distribution of medical marijuana will not be permitted to operate within its borders,” he said.

He pointed out the state laws “decriminalize” use of medical marijuana for state purposes, but that does not curtail the city of Riverside’s ability to find certain of the related activities are a local nuisance.