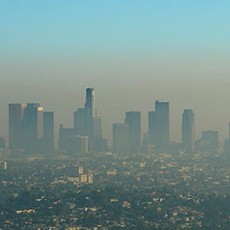 The Environmental Protection Agency has failed to fulfill its obligation to adopt air quality standards for smog pollution and should be forced to act, say a coalition of environmental and health groups in a federal suit Wednesday.

Ground level ozone, known as smog, can cause acute and chronic health problems, including aggravating asthma and lowering lung function, which increase school absences, emergency room visits and hospital admissions, according to the suit.

Studies indicate high smog levels increase heart attacks and raise the risk of low birth weight in babies, according to the suit.  Ozone pollution is also tied to rising temperatures and harm to vegetation.

The suit states the EPA proposed national air quality standards for ozone in 2008 but they were challenged as too weak.  A lawsuit was held in abeyance so the EPA could create rules to reconsider the ozone standards.

In 2010, the EPA revised the national standard to address the perceived deficiencies.  Despite the 2010 finding that the earlier levels were too low, in 2011 the Obama Administration told the EPA to set aside the stronger 2010 rule and put off review until March 2013 – the five-year deadline for completing review of national air quality.

The lawsuit contends the EPA has failed to complete that national review, nor has it issued a new rule.  The groups want the courts to force the Administration to act.

The lawsuit was filed by Earth Justice, the Sierra Club, the American Lung Association, Environmental Defense Fund and the National Resources Defense Council.