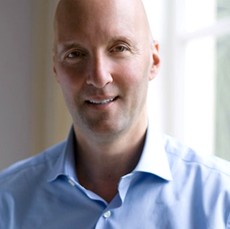 August 22, 2013 pammaclean Criminal, US Court of Appeals Leave a comment

Cohen was convicted in 2012 of defrauding 100 people, including actor Danny Glover and singer Harry Belafonte, which caused the collapse of a nonprofit charity, Vanguard Public Foundation, which the two men founded in 1972.

Cohen posed as a wealthy philanthropist and lured the patrons with promises that the value in shares in his for-profit firm would skyrocket, allowing them to increase the size of their charitable donations.

He was convicted of 15 counts of wire fraud and 11 of money laundering and tax evasion.

U.S. District Judge Charles Breyer sentenced Cohen to 22 years saying he was “nearly sociopathic” for failing to show remorse for what he had done.

Cohen launched a company he called Ecast that made electronic jukeboxes for bars and told investors it was about to be acquired by Microsoft Corp.  It was not.  Cohen had actually been fired from his position at Ecast and never transferred his Ecast sharaes to buyers.

On appeal, he challenged Breyer’s use of a two-level enhancement under the sentencing guidelines for “misrepresentation that the defendant was acting on behalf of a charitable organization.”

“Cohen’s offenses fits easily within the ambit of the charitable enhancement even though his scheme involved the sham sale of shares in a for-profit company,” wrote Judge Mortgan Christen.