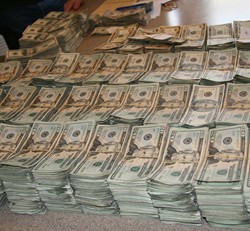 Diamond Foods and investors won tentative approval of a nearly $100 million settlement Thursday to resolve a class action over the $2.3 billion deal the buy Pringles.  The class action was filed after the deal faltered in 2011 over accounting problems.

U.S. District Judge William Alsup gave a thumbs up Thursday to the proposed resolution to pay $11 million in cash and 4.45 million in shares of Diamond to the investor class.  As of August 21, the market value of the 4.45 million shares was $85 million.  Any remaining amounts after disbursement will be paid as additional funds to shareholders or to a charity.

It was estimated that damages to investors totaled $430 million, based on plaintiff estimates, according to Alsup’s order.

The deal is subject to final approval by Alsup on January 9, 2014.

The actions were consolidated from investors around the country and the Mississippi Public Employees Retirement System was appointed lead plaintiff.

Earlier claims against accounting firm Deloitte & Touche were dismissed in 2012.

Investors alleged that the company deliberately understated the costs of walnuts and improperly accounted for payments made to walnut growers to increase apparent profits and maintain higher share prices, according to Alsup’s order.

The complaint claims Diamond was motivated to inflate share prices during the period Diamond was trying to use its stock to acquire Pringles, a snack chip brand owned by Proctor & Gamble.  When the real prices were discovered, Diamond’s stock price plummeted.

Alsup said cash only settlement would be preferable, but parties have shown why the class deal involves Diamond stock.  “Lead plaintiff’s damages expert reviewed Diamond’s publicly filed financial information and found that the company had only $7.2 million in cash and cash equivalents on its balance sheet,” he said.  The company also has a mountain of debt, $579 million in long-term obligations.