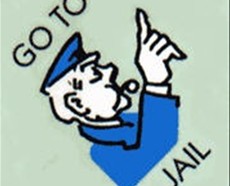 Salman, 54, of Orland Park, IL, traded during 2007 in an account owned by his brother-in-law, to trade in options on Biosite, after receiving inside information from Michael Kara, who heard it from his brother Maher Kara, the Citigroup banker.

Two days after the trading, Biosite announced it was merging with another company.  Salman then sold his options on Biosite for a $947,000 profit, according to the government.

The jury found that between 2004 and 2007, Salman, engaged in several acts of fraud and insider trading on securities of United Surgical Partners Int. and Biosite Inc., according to U.S. Attorney Melinda Haag.

The trial lasted two weeks.  In September, in a separate trial, Salman’s brother-in-law, Karim Bayyouk, was convicted of obstructing the investigation of the Securities and Exchange Commission into the case.

The Kara brothers both pled guilty in 2011 to conspiracy and securities fraud and cooperated with the government, snaring Salman as part of a larger $5.3 million insider trading scheme, according to Haag.