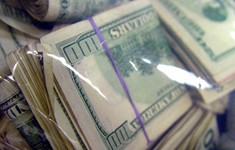 November 22, 2013 pammaclean Criminal, US Court of Appeals Leave a comment

It took two appeals but the 9th Circuit made it clear this time that a houseguest allowing drug agents to come into your home isn’t the same as you giving consent to search.

The appeals court Friday ordered suppression of evidence found during a “knock and talk” investigation of a Riverside house in which they found five packages of methamphetamine, a Gucci bag containing $175,000 in cash and a shoebox with white powder.

The 9th U.S. Circuit Court of Appeals panel said the agents knew far too little to have a reasonable belief that the houseguest could consent to a search of the master bedroom and bathroom or the garage.

The panel ordered the trial judge to grant Omar Arreguin’s motion to suppress evidence seized in the 2008 search.

Arreguin pled guilty conditionally to allow him to appeal the trial judge’s refusal to suppress evidence from the search.  The circuit reversed in 2011 and sent the case back for further hearing.  U.S. District Judge Virginia Phillips once again refused to suppress the evidence.  Arreguin appealed again and this time the 9th Circuit said, toss the shoebox, the Gucci bag and the money as fruits of an unconstitutional search.

Whether the five bags of meth should also be suppressed as “fruits of the poisonous tree” will go back again to Phillips.

Agents got permission from houseguest Elias Valencia, Jr., to “look around” the house after Valencia answered their knock.  The agents knew almost nothing about the house but they didn’t ask Valencia questions.  Instead, they rushed past him and started “rummaging around the Arreguins’ home, inspecting various rooms.

Agents learned Arreguin’s wife, Maria ledesma-Olivares, was an illegal alien and they promised not to report her to immigration if he cooperated.  By this time the agents had discovered the shoebox and the bag of money.  Arreguin then signed a consent-to-search form and told agents to a secret compartment in his car that held the methamphetamine.

Arrreguin and his wife’s failure to object to Valencia’s initial permission for the agents to come in the home didn’t change things for the court.

“The police are not allowed to proceed on the theory that ignorance is bliss,” said Judge Alfred Goodwin, quoting from another case.  He said the agents were in “near ignorance” when they searched the master suite and looked behind a door in the bedroom that lead to the garage.

“Valencia’s answering of the residence door is not, in and of itself, adequate to justify a reasonable belief that he had authority to consent to a search of the master suite,” Goodwin wrote.

Failure to inquire about whether Valencia had access or control of the bedroom weighed against the government, he said.

They suppressed the money and powder-covered shoebox.  But the court sent back to Phillips the question of whether the five bags of methamphetamine should also be suppressed.