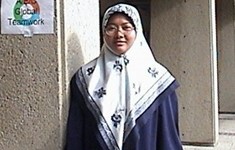 The trial opened Monday for a Malaysian academic who has challenged the U.S. “watchlist” database of suspected terrorists, which was used to exclude her return as a visiting Stanford University Scholar.

Rahinah Ibrahim, 48, is the first person to get to trial to protest exclusion from the U.S. based on the watchlist database.  In 2005, she was detained at San FranciscoInternationalAirport and questioned for two hours.  The mother of four has been in Malaysia ever since, unable to return to her position at Stanford.

She has challenged the accuracy of the watchlist and the inability of anyone placed on the list to challenge it and have their name removed.

The government contends that whether a name is, or is not, on the list is a “state secret” and thus confidential.

At the time Ibrahim was detained she was a visiting doctoral student in architecture at Stanford. She was handcuffed and detained for questioning when she attempted to board a plane for Kona, Hawaii to present a paper on affordable housing.

She was allowed to leave the U.S. but has not been allowed to return, even for her own civil trial.