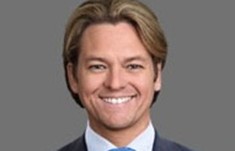 CBS Broadcasting may be protected from an age discrimination suit in its hiring practices for TV anchors by the state law designed to protect free speech activity.  A California appeals court Wednesday reinstated a CBS anti-SLAPP claim in an age and gender discrimination suit by Kyle Hunter.

A SLAPP suit, or Strategic Lawsuits Against Public Participation, became a serious problem in the 1990s because they were intended, not to win a particular claim but to thwart opponents, usually news media, non-profit groups or local neighborhood activists.

The SLAPP lawsuit was designed to impose onerous litigation costs on the opposition as a means of silencing opposition.  The classic example is a land developer who accuses local neighborhood opponents of defamation and sues for libel.  It is intended to silence those opposed to the project, rather than win damages for libel.

In response, California passed a tough anti-SLAPP law in the 1990s that allows the defendant in such a lawsuit to ask the court to dismiss the entire case immediately and charge the other side for all the legal costs.

In the CBS case, Hunter filed an employment discrimination complaint in 2012 against KCAL and KCBS in Los Angeles, saying he was repeatedly denied on-air broadcasting jobs as a weather anchor due to his age and gender.  He argued weather anchors were being replaced with “younger attractive females.”

CBS filed an anti-SLAPP motion asking to have his case tossed out as a violation of its First Amendment rights.  The trial court refused saying Hunter’s suit was a typical job discrimination claim and not a SLAPP suit intended to chill “valid” constitutional rights.

The Second District Court of Appeal disagreed.  It reinstated the CBS claim.

The risk is high, however, in anti-SLAPP cases.  If Hunter fails to convince the court his discrimination claim is likely to win, his suit will be dismissed and he will be obligated to pay the legal fees for CBS.  Hunter is already obligated to pay the CBS appeal costs.