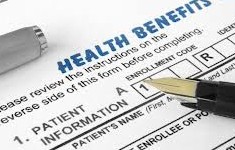 February 14, 2014 pammaclean Civil, US Court of Appeals Leave a comment

Some 4,600 retired Orange County government workers has lost a bid to resurrect their claim that the county should continue to pool their health insurance premiums with lower cost active workers’ premiums.

The 9th U.S. Circuit Court of Appeals reluctantly ruled Thursday the retirees had no claim because the county’s historical practice of pooling does not turn into a contract right without some legislative intent shown by county officials.

“The present high cost of medical insurance has unfortunately become a fact of life which in most instances results in disparate rates and medical coverage for those who can least afford it, including retirees,” wrote Judge Margaret McKeown.  “Nonethless, we have no chioce but to affirm the district court’s grant of summary judgment in favor of the county because REAOC failed to raise a genuine issue of material fact regarding its alleged implied contract right to the pooled premium, leaving its implied contract claim without factual or legal support” she said.

The county first began to provide group medical insurance for its retired workers in 1966.  A decade later, with county budget concerns, it decided to stop providing monthly grants for future retirees, but would continue paying for those who retired before June 28, 1979.

That led to six long years of state litigation before the California courts ruled against the Retired Employees Association of Orange County.

From 1966 through 1984, the county approved two annual premium rates, one for active workers and one for retirees.

Then from 1985 to 2007, the county decided to pool health insurance premium rates for both groups to equalize the rates and resolve a $900,000 budget shortfall for retiree healthcare costs.  This caused rates for active workers to immediately jumped 72 percent.  But it was less drastic than increasing retiree premiums 112 percent.

The pooling helped to subsidize the retiree health insurance rates.

Once again, the mounting budget woes, caused in part by high health insurance costs, prompted the county to negotiate a deal to split the insurance rate pool in 2008, calculating retirees and active workers separately.

The retired workers sued to stop the move arguing the county’s longstanding practice of pooling created a contract obligation.

The trial court found the Retired Employees Association of Orange County bears the burden of proving the relevant laws that show a “clear legislative intent to enter into such a contract.”  The judge found the REAOC could make no such showing and dismissed the case.