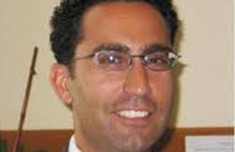 March 5, 2014 pammaclean US Court of Appeals, US District Court Leave a comment

This is Chhabria’s second time around in the Senate.  He was originally nominated in July 2013 but did not receive a confirmation vote prior to the end of the last congressional session.  President Obama renominated him in January with the start of the new Congress.

In the initial round, Chhabria ran into opposition from Sen. Charles Grassley, R-Iowa, over concerns about religious freedom.  Grassley expressed concern over Chhabria’s successful defense of San Francisco over a lawsuit by Catholic organizations which accused the city of religious hostility.  The city had criticized the Vatican for prohibiting Catholic Charities from placing adoptive children with same-sex couples.

Chhabria has worked in the San Francisco City Attorney’s office since 2005, where he was responsible for government litigation and served as co-chief of the appellate litigation section since 2011.

Prior to his government service, Chhabria worked at Covington & Burling and Keker & Van Nest.

Chhabria served as a law clerk for U.S. Supreme Court Justice Stephen Breyer from 2001 to 2002.

He also clerked for the justice’s brother, District Judge Charles Breyer in San Francisco, from 1998-1999 and for the late Judge James R. Browning on the 9th U.S. Circuit Court of Appeals from 1999-2000.