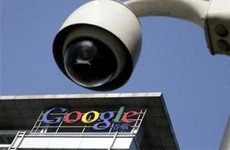 A federal judge handed Google a major victory Tuesday by refusing to certify as class actions a group of privacy claims accusing Google’s ubiquitous Gmail of violation of wiretap laws.

The decision by U.S. District Judge Lucy Koh serves as a major defeat for plaintiffs who claimed Gmail, the Google email service, violated federal and state privacy and wiretap laws in California, Maryland and Florida.

Google was accused of using automated programs to scan messages for key words that could be associated with ads for relevant products.

Google maintained that by agreeing to its policy terms when signing up for Gmail, consumers consented to the scanning.

The ruling does not end the lawsuits, but it will make it eliminates the potential of massive damages Google would have faced if the case had bee allowed to move forward as a class action.

Koh said individual issues of consent by consumers would dominate over any other issues common to the class, making it “inappropriate” to certify a class.  She found this problem whether consent was direct or implied.

“The court finds that individualized questions regarding implied consent will overwhelm any common issues regarding the classes,” she said.

She concluded, “In sum, the court finds that a fact-finder would have to determine to what disclosures each class member was exposed and whether such disclosures were sufficient to conclude, under the Wiretap Act, that class members consented to the alleged Google interceptions of email.”