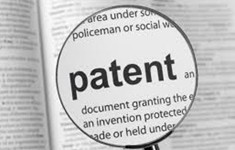 May 15, 2014 pammaclean Civil, US District Court Leave a comment

Patent litigation has faced dramatic change in the last five years, with the total number of cases in district courts more than doubling since 2008, a new report on patent litigation shows.

Congress may have reason to be concerned about rising litigation by so-called patent trolls. The top ten patent infringement filers in 2013 were all patent monetization entities, or so-called trolls, with the top three filing over 100 lawsuits each, according to the Lex Machina’s 2013 Patent Litigation Report issued this week.

But in addition, seven of the top 10 plaintiffs with the most patents asserted in open cases were operating companies, including: Ericsson, Finisar, Motorola Mobility, Apple, Philips and Pfizer, according to Lex Machina.

U.S. District Judge Susan Illston may be one of the busiest patent judges in the country.  She tied for fifth nationally for most decisions on the merits in 2013, with 12 decisions, joining Judge Leonard Stark of Delaware, who also issued 12.

She also tied for first place in most summary judgment decisions issue on patent cases.  She and three other judges issued five each during 2013.  Judges Richard Seeborg and Ronald Whyte, who had four each, tied for second place.

During 2013, 128 patent trials were held, including 52 bench trials and 63 jury trials nationwide.  Over half were in just three courts; the District of Delaware, the Eastern District of Texas and the Southern District of New York.

Despite the proximity of Silicon Valley and the headline-grabbing Apple-Samsung trial, the Northern District of California saw a drop in the number of patent cases filed in 2013, down 11 cases, from 260 in 2012 to 249 in 2013, the report states.