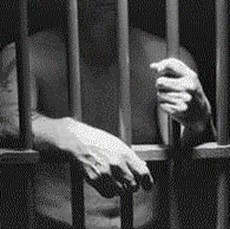 It is the dispute over conditions at Pelican Bay’s Security Housing Unit (SHU) that led thousands of inmates around the state to instigate a 60-day hunger strike in protest last year to protest conditions.

The prisoners allege that SHU inmates live in near total isolation, spending 22 and one-half hours a day in small, windowless, concrete cells with perforated steel doors.  They leave only to shower or exercise alone in an enclosed pen.

She refused to allow the prison guards’ union to intervene in the lawsuit.

The case was originally filed in 2009, the Center for Constitutional Law began representing the inmates in 2012.

The lawsuit accuses the prison of inhumane conditions in violation of the Eighth Amendment protections against cruel punishment and violation of due process rights.  The suit challenges the indefinite holding on prisoners who have been in the SHU for 10 to 28 years.

The inmates seek an injunction compelling the state prison authorities to review assignment to the SHU, adopt new procedures for reviewing SHU assignments and to transfer every inmate who has been in SHU 10 years or more back to the general population.

The case was put on hold in 2013 to give both sides a chance to negotiate a settlement, but that failed and on May 16 the stay of discovery in the case was lifted.

Both sides were set to head back to court Wednesday to set deadlines for how to proceed with the case.