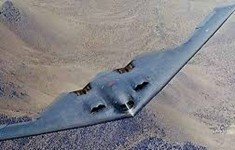 July 28, 2014 pammaclean Criminal, US Court of Appeals Leave a comment

A federal appeals court upheld the 32-year sentence of a former Northrop engineer who sold classified B-2 stealth bomber secrets to China and engaged in money laundering.

Noshir S. Gowadia, 69, was convicted in 2011 during a trial in Hawaii of selling design information about how the stealth bomber missiles were able to avoid detection by suppressing the infrared signature.

The 9th U.S. Circuit Court of Appeals upheld the conviction and sentence Monday rejecting his contention that his statements to federal agents during the investigation should have been suppressed and that jury instructions were unconstitutional.

Gowadia argued that the instructions relieved the government of its burden to prove that information he traded was not “basic marketing information” and already in the public domain.

Gowadia, a naturalized American citizen worked for 20 years as an engineer at Northrop Corp. and was lead engineer on the system that allowed the bomber to avoid detection, according to the court.

The bomber was considered the “premier strategic bomber” for the U.S. and its technology was tightly guarded, according to the court.

After leaving Northrup, Gowadia started his own private consulting business serving the aerospace engineering industry and marketed a system called AIRSS, Advanced Infrared Suppression System, similar to that developed at Northrop,  according to the court.

Between 2003 and 2005 he made six trips to China and was paid $100,000 for his work providing Chinese officials related to suppression of infrared detection on AIM-9 class missile.

Gowadia later admitted he shared military secrets and technical knowledge with China that the U.S. would consider “espionage and treason,” according to the court.

U.S. agents began to suspect he had engaged in illegal conduct in 2005 and he was arrested and charged with violation of the arms export act and espionage law.

He was convicted after a 41-day trial in Hawaii.

Judge Margaret McKeown, joined by Judges Michael Daly Hawkins and Carlos Bea found no error in the jury instructions or use of statements he made at the time of his arrest.