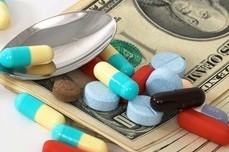 August 7, 2014 pammaclean Civil, US Court of Appeals Leave a comment

The latest constitutional challenge to Obamacare has been flatly rejected by a federal appeals court and the Arizona law that would allow citizens to abstain from buying health insurance struck down.

The 9th U.S. Circuit Court of Appeals Thursday rejected the claims of two Arizona citizens in a lawsuit, launched in 2010 by the conservative Goldwater Institute, claiming the Affordable Care Act’s individual mandate violates due process rights.

The ruling follows the 6th Circuit’s rejection of due process claims in a 2013 case.

In addition, the panel struck down as preempted by federal law the Arizona Health Care Freedom Act, which amended the state constitution to make it lawful for residents to abstain from buying health insuring without paying any penalty.

The lawsuit also raised a unique challenge to the constitutionality of the Independent Payment Advisory Board (IPAB) created by Congress to issue budget recommendations for Medicare programs if they exceed growth projects.  The lawsuit alleged that by creating IPAB, Congress unconstitutionally delegated its powers to an unelected and unaccountable agency.

The trial court rejected the claim on its merits, but the appeals court held that the trial judge did not even have jurisdiction to rule and ordered the claim dismissed.

Congress passed the Affordable Care Act, dubbed Obamacare, in March 2010.  In creates a new regulatory system to increase medical insurance coverage and lower the cost of medical care.  The individual mandate requires individuals, who are not covered by employer or other health insurance, to purchase health coverage or pay a penalty.

Nick Coons and Dr. Eric Novack filed suit challenging the constitutionality of the law in 2010.

“The fact that the individual mandate forces Coons to expend funds on either medical insurance or a penalty implicates plaintiff’s economic interests only – a substantive due process right abandoned long ago by the Supreme Court,” wrote Judge Susan Graber.

As for the Arizona law allowing citizens to skirt the ACA requirements, the panel held it is a “classic case” of federal preemption of a state law that will stand in the way of the goals of Congress.