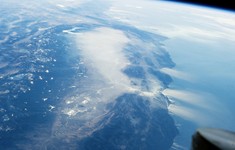 August 13, 2014 pammaclean Civil, US Court of Appeals Leave a comment

The Environmental Protection Agency (EPA) did not have the discretion in 2011 to waive the higher air quality requirements for a 600-megawatt Avenal Power Center under a law called the Prevention of Significant Deterioration Permit, the 9th U.S. Circuit Court of Appeals ruled.

Avenal argued that if the EPA had met its one-year deadline to issue or deny a permit under the old guidelines, Avenal would have benefited from the lower standards.

The EPA eventually granted the permit for the lower standard then lauded the plant was one the “lowest emitting power plants of its kind,” the 9th Circuit noted.

Environmentalists, including the Sierra Club, the Center for Biological Diversity, Greenaction for Health and Environmental Justice and Earthjustice, challenged the decision as a violation of the Clean Air Act.

The groups argued the waiver of tougher standards would damage the already heavily polluted valley.

The appeals court agreed and vacated the EPA decision.

“EPA now claims the authority to waive the law’s requirements at will, without regard to the regulations it has passed, and without any precedential value one way or another for future parties,” wrote Judge Jacqueline Nguyen.

The Clean Air Act requires Avenal Power to show it complies with regulations at the time the permit was issued.