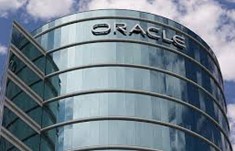 September 1, 2014 pammaclean Civil, US Court of Appeals Leave a comment

Oracle Corp lost its fight to reinstate a $1.3 billion jury verdict against rival SAP AG in a copyright infringement dispute, and may have to settle for $357 million, the estimated amount of Oracle’s lost profits and SAP’s gain from the infringement.

The 9th U.S. Circuit Court of Appeals ruled Friday that the jury award of $1.3 billion based on the value of a hypothetical license that SAP would be negotiated for Oracle’s software was based on speculation and sent the case back to U.S. District Judge Phyllis Hamilton in Oakland.

The appeals court held that Oracle can either have a new trial or accept the lower damages award in its dispute with SAP over its TomorrowNow software.  Oracle accused SAP of “systematic and pervasive illegal downloading of Oracle’s software.”  SAP eventually admitted it was liable and the parties went to trial solely on the issue of damages.

But in seeking a new trial, Oracle will be barred from seeking damages based on values of a hypothetical license.

The decision upholds Hamilton’s original decision after presiding over an 11-day trial in 2010.  Hamilton ruled the jury award was excessive and cut it to $272 million.  The appeals court found that too low and raised the damages to $357 million, based on the highest estimate of Oracle’s lost profits and what SAP gained from the infringement.