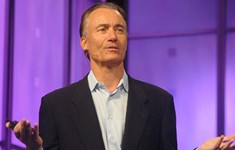 September 17, 2014 pammaclean Civil, US Court of Appeals Leave a comment

Video game pioneer William “Trip” Hawkins won reversal of a $20 million tax debt ruling by a federal appeals court this week.  The 9th U.S. Circuit Court of Appeals ruled 2-1 that Hawkins’ tax debts may be discharged in his Chapter 11 bankruptcy proceedings, and sent the case back to the bankruptcy court to reconsider.

Hawkins was co-founder of gaming giant Electronic Arts Inc., and had an estimated net worth of $100 million 18 years ago.

Saying his saga “reads like a Fitzgerald novel, telling the story of acquisition and loss of the American dream, and the consequences that follow,” Judge Sidney Thomas said Hawkins’ lavish spending is not enough to prove he willfully avoided paying $20 million in state and federal taxes.

Hawkins’ foundered in the years after he incurred massive losses launching his new business, 3DO, a line of game consoles and games in the 1990s.  The company ultimately failed in the face of cheaper alternative products.

Hawkins lived in a $3.5 million home, used a private jet and owned a luxury condominium in La Jolla.  During the launch of 3DO Hawkins sold massive amounts of EA stock to fund the new start-up and used offshore investment portfolios to avoid tax liability.  But 3DO’s troubles came at the same time the IRS questioned two of his tax shelters entered on the advice of accounting firm KPMG.

The “financial leverage investment portfolio” or FLIP, used shell corporations in the Cayman Islands, that would generate what courts have ruled were artificial losses.  The names of the investors became public in 2002 after the IRS sued KPMG and others for the names.

In 2005, the IRS billed Hawkins for $20 million in unpaid taxes, penalties and interest for the years 1997-2000.  Hawkins and his wife filed for Chapter 11 bankruptcy after the IRS rejected their $8 million settlement offer.

Most of Hawkins debts were ultimately discharged in the bankruptcy liquidation plan, but the court ruled that by continued spending of large amounts of money after 2003, Hawkins engaged in a willful attempt to evade taxes, making those bills non-dischargeable.

Thomas wrote, “We conclude that declaring a tax debt nondischargeable… on the basis that the debtor ‘willfully attempted in any manner to evade or defeat such tax’ requires a showing of specific intent to evade the tax.  Therefore, the mere showing of spending in excess of income is not sufficient to establish the required intent to evade tax.”

In dissent, Judge Johnnie Rawlinson said the decision would allow the rich “an unfettered ability to dodge taxes with impunity.”

“There is little doubt, if any, that William Hawkins deliberately decided to spend money extravagantly rather than pay his duly assessed state and federal taxes,” she wrote.  His $3.5 million house, a $2.6 million ocean view condo and a $70,000 third car show a willful intent to avoid paying taxes “by hook or by crook,” she said.