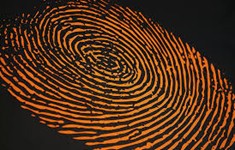 When a defendant is found factually innocent and a conviction reversed police must destroy fingerprints obtained at the time of the defendant’s arrest, a state appeals court ruled Thursday.

Karen Christiansen, a former Beverly Hills school district employee convicted of conflict of interest in awarding of a contract, won an appeals court order that her fingerprints must be destroyed after it was determined she was factually innocent of the charges.

The Second District Court of Appeal in Los Angeles ruled that the law allowing a judge to declare a defendant “factually innocent” also requires that fingerprint samples taken by police must be destroyed.  Her post-conviction DNA sample had already been ordered destroyed.

Christiansen had been accused of four counts of conflict of interest for alleged negotiation of a deal for a company she owned to be independent contractor for the district while she performed duties as the district’s facilities director.

She was sentenced to four years in prison and ordered to pay $3.5 million in restitution..

The appeals court threw out the conviction in 2013 and ordered the case dismissed.  It found Christiansen was no longer facilities director at the time the contracts were negotiated, but was acting as an independent contractor.

“When an arrestee like Christiansen is ultimately found factually innocent within the meaning of section 851.8, the statute requires that the records of the arrest be destroyed,” the appeals court stated.