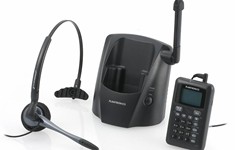 Telephone headset maker, Plantronics Inc., has accused competitor Callpod Inc. demanding $3.5 million in patent license fees or Callpod would sell its patent rights to a troll that would go after Plantronics in court for alleged infringement of four phone technology-related patents.

The federal lawsuit filed last week in San Francisco by Plantronics asks the court to declare that Callpod’s patents are invalid and the Plantronics does not infringe them in any event.

In April, Callpod’s CEO and inventor Darren Guccione, visited Plantronkics’ Santa Cruz headquarters to negotiate about a business deal related to the patents under protections of a six-month nondisclosure agreement.

However, by July, with the expiration of the nondisclosure agreement, Guccione demanded the $3.5 million from Plantronics, according to the lawsuit.

He threatened that if Plantronics did not accept the terms the patents, “would be sold to a non-practicing entity” that “will without question, file suit against Plantronics”, the suit alleges.

Callpod has set Nov. 20 as an action date to sell the patents in Los Angeles, the suit states

The case has been assigned to U.S. Magistrate Judge Joseph Spero.