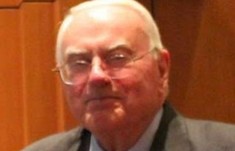 U.S. District Judge D. Lowell Jensen has retired after 28 years on the federal bench in Northern California in a career that included 25 years as a prosecutor of Black Panthers and the kidnappers of heiress Patty Hearst.

Jensen, 86, was appointed by President Ronald Reagan in 1986 and was the last career prosecutor on the Northern District bench.  He left the bench at the end of October.

He spent 25 years as AlamedaCounty prosecutor, including the job of District Attorney from 1969 to 1981.  During that period he prosecuted Black Panther Huey Newton as well as the 1976 trial of William and Emily Harris, who participated in the kidnap of Hearst, as part of the so-called Symbionese Liberation Army.

Jensen joined the Reagan Justice Department in 1981, as assistant attorney general for the Criminal Division, under Attorney General Edwin Meese, who had also come from the AlamedaCounty prosecutor’s office.

He was appointed to the bench in Northern California from that job.

Jensen has been on a semi-retired status since 1997, but continued to take a steady stream of cases, many of them criminal prosecutions.

Early in his tenure in the Reagan Justice Department he was considered for the post of FBI director but withdrew from consideration in 1987.

During his stint with the Reagan Administration he took part in more than a dozen espionage prosecutions and the prosecution of Mafia cases.