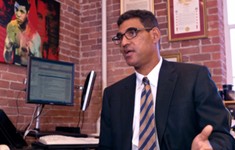 He was part of a Keker team that represented the Oakland Coliseum authority in disputes with the Golden State Warriors that ultimately resulted in the coliseum commission collecting $32 million.

Streeter received his law degree from UC Berkeley Boalt Hall School of Law and his undergraduate degree from StanfordUniversity.

Both nominees must be confirmed by the three-member Commission on Judicial Appointments.