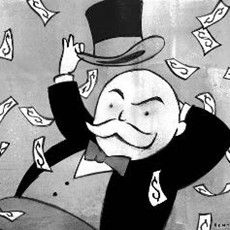 The recent spending measure approved by Congress included a $6.7 billion appropriation for the federal judiciary, a nearly 3 percent increase in discretionary funding over fiscal year 2014.

This increase is roughly $187 million.  It will help courts to recover from the 2013 cuts during the government shutdown and sequestration cuts, according to the Administrative Office of the U.S. Courts.

“We are very pleased with the fiscal 2015 appropriation for the judiciary,” according to Judge John Bates, director of the AOC, in a statement.

The AOC also indicated it is committed to cost containment.

In September, for example, the judiciary announced that it was renegotiating rents with its landlord the General Services Administration at a time when the courts have been downsizing along with other parts of the government.

The judges were attempting at that time to cut the courts’ office space a $1 billion annual rent bill.

In 2013 the Judicial Conference approved a plan to reduce court space 3 percent by September 2018.  A number of courts where no full-time judges sit were closed and probation and bankruptcy courts were beginning to leave leased offices to move into unoccupied courthouse space.