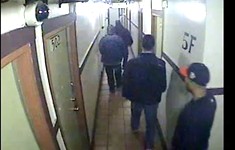 A federal jury convicted one San Francisco police officer but acquitted a second Thursday on charges they violated the civil rights of poor residential hotel residents by conspiring to enter and search rooms without warrants.

Officers Arshad Razak, 42, was convicted on all four counts of conspiracy, civil rights violations and falsification of records.  By contrast, Richard Yick, 38, was acquitted on all of the same four counts.

The officers were accused of conspiracy to violate the civil rights of residents in single-room occupancy hotels during 2010 and 2011 through illegal entries and searches.

The officers have been suspended without pay since their indictment by a federal grand jury in February 2014.

The trial, which began Jan. 12 and concluded after two days of jury deliberation, is the second police corruption trial in two months in San Francisco.

In December, a separate jury convicted Sgt. Ian Furminger and officer Edmond Robles of conspiracy to violate civil rights by stealing money, Apple gift cards and other items during searches of suspects, then dividing the booty.