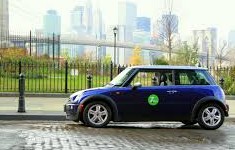 Zipcar must face federal claims that it charges excessive late fees of $50 an hour, a federal judge has ruled.

Zipcar, an on-demand short-term car rental service, charges up a maximum of $150 for customers who are tardy returning cars.

Gabriela Bayol, admitted she returned her car late and paid the fee, but she sued claiming the fees were unconscionable and unfair.  She argued the fees bear no reasonable relation to Zipcar’s actual damages.

Bayol asks for an injunction to block the late fees and refund of the charges.