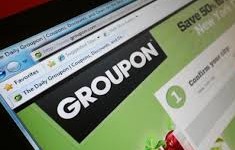 February 20, 2015 pammaclean Civil, US Court of Appeals Leave a comment

The 9th U.S. Circuit Court of Appeals vacated the deal Thursday saying the case had to go back to Judge Dana Sabraw in San Diego for a more “searching inquiry” into the fairness of the funds distribution and attorney fees.

The nationwide class case alleged that customers received Groupon vouchers will illegal expiration dates and other restrictions that violated state and federal laws.  The class claims affected buyers of Groupon discounts between 2008 and 2011.  Class objectors challenged the settlement.

“The settlement relief as a whole, including the changes to Groupon’s business practices, undoubtedly yields values to the class, to the company and to the public,” the panel stated.  “But on this record, and given the complexity of the settlement, it is hard to quantify, or even to have a basis for fairly estimating, the value of the relieve to the class,” the court said.

The non-precedential order instructed the parties to calculate a value and compare the relationship of that benefit to the amount of fees approved for the class counsel as part of the settlement.

The appeals court did not object to a $75,000 charitable award as a “cy pres” distribution of remnant funds from the $8.5 million deal.

Case:  In re Groupon Marketing and Sales Practices Litigation, No. 13-55118