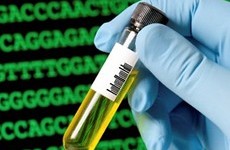 The California Supreme Court has agreed to examine the constitutionality of a state law requiring all adults arrested or charged with felonies to submit to DNA testing.

The U.S. Supreme Court in 2013 upheld a Maryland law that required all felony arrestees to submit to DNA testing and rejected a fourth Amendment challenge that it amounted to an unreasonable search.  (Maryland v. King)

A state appeals court, with instructions to reexamine the case of Mark Buza in light of that 2013 holding, nonetheless found the compulsory collection of DNA violated the Fourth Amendment of the U.S. Constitution and the state Constitution.

On Wednesday, the California Supreme Court took up the case and agreed to reexamine the issue.

Buza was arrested in 2009 on charges that he used oil, gas and Styrofoam to set fire to all four tires of a police car.  He admitted setting the fire but said it was not malicious but rather to protest was he considered a corrupt government system.

Buza refused to allow deputies to take a swab of DNA from his check at the jail shortly after his arrest.

Buza has challenged the DNA collection as a violation of his rights against illegal search and seizure.

A jury ultimately convicted him on the felony counts and the court ordered him to provide a DNA sample prior to sentencing.  The court allowed the sheriff to use “reasonable force” to collect the sample.

Buza was sentenced to 16 months in prison for the fire and an added six months for refusal to submit to the DNA collection.

California voters approved the DNA Act as Proposition 69 in 2004, to allow DNA collection for adults arrested or charged with a felony.

Justice Anthony Kline wrote, “We conclude that the DNA Act, to the extent it requires felony arrestees to submit a DNA sample for law enforcement analysis and inclusion in the state and federal DNA databases, without independent suspicion, a warrant or even a judicial or grand jury determination of probable cause, unreasonably intrudes on such arrestees’ expectation of privacy and is invalid under article 1, section 13, of the Constitution.”