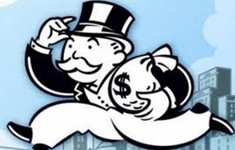 U.S. District Judge Sam Conti said no Wednesday to a request for preliminary approval of a deal that would give 588,000 class members little more than $6 each when violations of the Fair Credit Reporting Act allow damages of $100 to $1,000 per violation.

Conti said in a 24-page ruling he had “serious concerns.”

The settlement of $5 million would be cut to $3.x after attorney fees and expenses are deducted.  Class members are required to complete a claim form in order to receive their share of the funds, which he said imposes unnecessary costs on class members.

He said only about 15 percent of eligible class members will receive a share of the settlement as a result of requiring the form.

He noted that each of the class members is easily identifiable from Aerotek’s records.

Both sides argued that Conti should consider the adequacy of the settlement by assuming each class member will receive $40.  But he noted they only receive $40 on a pro rata basis if just 15 percent respond by filing a claim form.

“In order to keep the claims rate as low as 15 percent, however, claim forms are necessary,” he said.

As for attorney fees, Conti said, “There has been very little litigation in this case,” but fees were set at $1.3 million with class members getting $6.08 each. While the amount is within appellate guidelines “the court would likely require additional evidence to show that the proposed fees are reasonable,” he said.