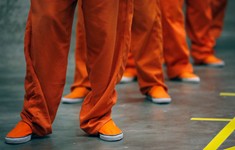 June 27, 2015 pammaclean Civil, US Court of Appeals Leave a comment

A federal appeals court has reinstated a transgender prison inmate’s claim that sex reassignment surgery is a serious medical need that officials should provide.

The 9th U.S. Circuit Court of Appeals held Friday that Mia Rosati, identified as Philip by California records, had raised sufficient evidence to state a claim and sent the case back to trial judge Ralph Beistline in Sacramento.

The court did not say Rosati was entitled to the surgery, only that the court should not have dismissed her claim.

California prison authorities conceded during the appeals hearing that the district judg should not have dismissed Rosati’s complaint without allowing her to amend it.

“This concession alone justifies reversal,” the panel said in the unsigned opinion.

Although Rosati lacked a medical opinion recommending the surgery, she plausibly alleged that the state failed to provide access to a doctor competent to evaluate her, the court said.

Just last month a trial judge ordered the first sex-reassignment surgery for an inmate but the 9th Circuit halted the procedure for Michelle Norsworthy pending a hearing Aug. 10.