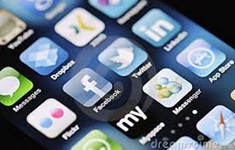 June 29, 2015 pammaclean Civil, US Court of Appeals Leave a comment

The 9th U.S. Circuit Court of Appeals voted 2-1 Monday to reverse a lower court’s dismissal of the lawsuit for failure to include AT&T Mobility (ATTM) as a defendant.

Judge Milan Smith, for the majority, said antitrust law does not require AT&T to be named, but it may have an interest in protecting itself.

This case illustrates that complete relief to consumers will be possible without joining an absent co-conspirator like ATTM, the court said.

“If plaintiffs prevail, they will be able to recover all of their damages from apple alone,” the majority said.

But that does not mean that ATTM cannot be required to be named a defendant because it may have an interest in the lawsuit at least to protect its own interests.

What is necessary is for the trial judge to identify specific legally protected interests of an absent party like ATTM and assess if they may be hurt by its absence.

The trial judge failed to undertake such an inquiry, the court said.

The case is the third consumer antitrust action against Apple that has gone to the 9th Circuit.

In dissent, Judge Clifford Wallace said the appeals could lacked jurisdiction to challenge the dismissal.

He said the plaintiffs’ strategy was to invite trial Judge Yvonne Gonzalez Rogers to issue an analysis different from the second Apple appeal in order to pursue an appeal.