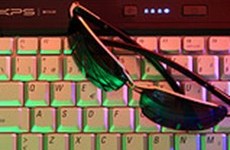 July 7, 2015 pammaclean Civil, US Court of Appeals Leave a comment

An 11-judge appeals court made it easier for whistleblowers to recover a reward and in the process has rolled back the court’s earlier precedent.

The 9th U.S. Circuit Court of Appeals held Tuesday in a unanimous opinion that a whistleblower is no longer required to play a role in public disclosure of the allegations to seek reimbursement through the government based on exposing a fraud scheme.

The decision overturns a 23-year-old precedent in the circuit.

The company makes medical devices to speed the healing of wounds and has been approved since 2000 as covered medical equipment in the Medicare program, according to the court.

Both Hartpence and Godecke filed federal whistleblower suits under seal that accused the company of fraud and making false claims to Medicare.

The False Claims Act authorizes whistleblowing private citizens to file lawsuits if the federal government is being defrauded.  The lawsuits are not allowed if the information is already in the government’s possession.

The appeals court has previously held that whistleblowers, to be an “original source,’ must have “direct and independent knowledge” of information to support their claims and provide that information to the government before filing a lawsuit.  And third, the whistleblower must have a hand in pubic disclosure of allegations in the lawsuit.”

“We hold today there are two, and only two, requirements in order for a whistleblower to be an ‘original source’ who may recover under the False Claims Act,” wrote Judge Carlos Bea for the majority.

He said the trial judge must reconsider their claims and ordered the case back to district court.