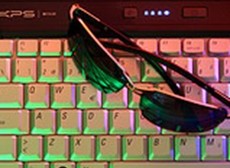 Two defendants in a San Francisco drive-by shooting case have no constitutional right to force the social media companies to turn over the private postings of the two victims, who the defense claimed were gangbangers engaged in online “cyber banging.”

The First District Court of Appeal Tuesday rejected constitutional fair trial and equal protection claims as well as a claim the federal Stored Communications Act is unconstitutional because defendants have no way to seek user’s content for trial.

“There is little, if any, support for defendants’ claim that the confrontation clause of the Sixth Amendment mandates disclosure of otherwise privileged information for purposes of a defendant’s pretrial investigation of the prosecution’s case,” the court said.

The ruling applies to the pre-trial discovery claims of defendants Derrick Hunter and Lee Sullivan.  The court said the pair would be able to raise the question again during trial when it may be clearer whether the material is vital to the defense.

Hunter and Sullivan await trial in san Francisco on murder, weapons and gang-related charges stemming from a 2013 drive-by shooting in the Bayview District that killed Jaquan Rice and wounded a minor identified only as B.K.

Hunter’s 14-year-old brother was identified as one of the shooters by eyewitnesses and later confessed.  He told police he shot Rice because Rice had repeatedly threatened him in person and on social media on Facebook and Instagram and had “tagged” him in a video clip on Instagram depicting guns.  It is a practice by gang members known as “cyber banging,” according to the court.

A trial judge ordered the companies to turn the material over to the court for review, but the companies appealed and Tuesday the appeals court quashed the subpoenas.

There is no general constitutional right to discovery in a criminal case, the court said.