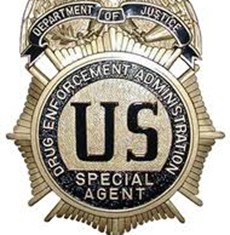 The former federal drug agent who worked to on the Silk Road Bitcoin illegal drug bazaar case was sentenced to six years in prison for extortion, money laundering and obstruction of justice.

U.S. District Judge Richard Seeborg sentenced Force to six and one-half years in prison based on his guilty plea in the case.

Force admitted he extorted a California resident for Bitcoins, a form of digital currency, when Force had no legal basis for seizing the account.

Force also admitted he entered into a movie contract with Twentieth Century Fox about the Silk Road investigation, which would have paid him $240,000.

Force was one of two federal agents who were charged with illegal activity during the Silk Road investigation.

Shaun Bridges, 32, of Laurel, Maryland, a U.S. Secret Service agent was charged with money laundering, fraud and obstruction of justice in the Silk Roaed casse.  He pled guilty in August.