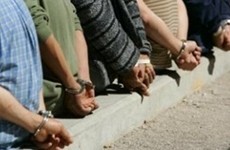 A federal judge has refused to order release from San Francisco County Jail those criminal suspects who cannot afford to post bail.

The class action lawsuit alleged the city practice of bail unconstitutionally detains the poor because they cannot afford the bail amounts.

U.S. District Judge Yvonne Gonzalez Rogers rejected a request for a temporary restraining order last week by Rianna Buffin, 19, charged with grand theft and Crystal Patterson, 29, charged with assault with great bodily injury. Buffin’s bail was set at $30,000 and Patterson’s at $150,000.  Neither woman could afford the bail. But since the filing of the case both women have been released from jail after charges were dropped.

Rogers pointed out that as a class action the order would have affected hundreds of jail inmates.

Rogers said she took no position on the ultimate constitutional claim but found that the plaintiffs failed to show that the restraining order was in the public interest.

Citing the release of the two women, Rogers said the balancing of fairness favored maintaining the status quo.

She will set a date for a preliminary injunction on the merits of the claims for later this year or early next year.