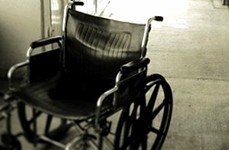 California Advocates for Nursing Home Reform (CANHR) and three nursing home residents say the state allows nursing homes to send low-income Medi-Cal residents to hospitals and then refuse to allow them to return to the homes as a means to open beds to more lucrative Medicare or private paying clients.

The lawsuit names Diana Dooley, the Secretary of Health and Human Services.

It alleges that although the state conducts the hearings but refuses to enforce its own hearing decisions, leaving patients no way to return home.

“As a result of the facilities’ refusal to readmit, residents are forced to remain in expensive hospital beds that have coast Californians over $70 million for unnecessary hospitalization costs,” CANHR alleges.

The suit was filed by Bruce Anderson, John Wilson and Robert Austin, each won a federally-mandated readmission hearing, according to the complaint.  But the nursing homes refused to readmit them.  Anderson was “chemically restrained” with drugs and confined in a hospital several months, even though he was able to walk. Austin was sent from Sacramento, where his family lives, to Los Angeles, the suit alleges.

Three years ago, the federal government told California it was violating the law but the state did nothing to comply, according to CANHR.