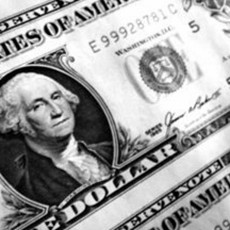 February 23, 2016 pammaclean Civil, US Court of Appeals Leave a comment

A federal appeals court Tuesday restored the Department of Labor’s 2011 tip pooling rule allowing it to regulate employers’ use of tip pooling when employers do not use the pool as a credit to reduce their share of minimum wage.

Under the 1938 Fair Labor Standards Act (FLSA), employers are required to pay the minimum wage. But in the case of tipped employees, the boss may credit a portion of its employees’ tips toward the minimum wage obligation, commonly known as a “tip credit.”

The credit may only be taken if employees agree to give their tips to a tip pool shared among all tipped employees. In some cases, employers instituted tip pools that also included kitchen staff and other traditionally non-tipped employees.  The DOL rule prohibited the practice.

The 9th U.S. Circuit Court of Appeals was asked whether the rule applied when an employer did not take the tip credit, paid full minimum wage, but nonetheless required a tip pool that included non-tipped workers, such as cooks.

The appeals court, in a 2-1 vote, overturned two separate decisions in Oregon and Nevada. The appeals court reinstated a Department of Labor regulation that prohibited employers from creating tip pools that included kitchen staff, known as back-of-house workers.

“We find that the purpose of the FLSA does not support the view that Congress clearly intended to permanently allow employers that do not take a tip credit to do whatever they wish with their employees’ tips,” wrote Judge Harry Pregerson for the majority.

The Labor Department’s 2011 rule stated that employers would lose their tip credit if they required tipped workers to share tips with those not customarily tipped.  The appeals court expanded the DOL’s ability to regulate tip pools to include those employers who do not that the tip credit to lower their minimum wage obligation.

In dissent, Judge N. Randy Smith said the court was ignoring its own existing precedent in a 2010 case, decided before the 2011 rule took effect.

“These tip redistribution agreements are presumptively valid and compliant with our circuit’s law,” Smith said.