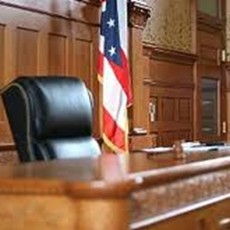 July 28, 2016 pammaclean Civil, US Court of Appeals Leave a comment

A Mexican man won the right to introduce in his extradition fight a claim that evidence against him was obtained by torture and that conclusion came from a federal appeals judge known for approving torture of suspected terrorists during the George W. Bush Administration.

In a 9-2 ruling written by Judge Jay Bybee, the 9th U.S. Circuit Court of Appeals reinstated the extradition challenge by Jose Luis Munoz Santos in Los Angeles saying evidence procured through torture is inadmissible in court, even in extradition hearings.

Mexico seeks Munoz’s extradition to face kidnapping charges. During his extradition hearing, Munoz sought and was denied the right to introduce evidence that incrimination statements made against him by his co-conspirators were obtained by torture, and thus could not support the probable cause required to extradite.

“We hold that evidence of coercion is explanatory, and may be considered by the extradition court, even if the evidence includes a recantation,” Bybee wrote.  “A coerced statement is not competent evidence,” he said.

Bybee was a Justice Department official in August 2002 when he approved a memo, written by Justice Department lawyer John Yoo, that concluded waterboarding was not torture. The memo covering the reach of the Geneva Conventions justified the War on Terror and also said the president had the power to approve torture during wartime.

Bybee was named to the federal appeals court by Bush in 2003.  Yoo is now a UC Berkeley law professor. In 2009, President Barack Obama barred waterboarding and other forms of torture.

Authorities arrested Munoz in 2006 and held for extradition to Mexico. He was accused there of ordering the ransom kidnapping of a woman and her two young daughters in 2005. One of the girls died while she was held.

Two alleged co-conspirators said they were following Munoz’s orders. But both men a few months later recanted their statements saying they were coerced.

In dissent, Judge Consuelo Callahan said allowing such evidence would convert extradition hearings into mini-trials on foreign cases. She was joined by Judge Sandra Ikuta.

“I am not immune from the ‘natural anxiety’ the majority has in wanted to investigate the allegations of torture raised in this case,” Callahan wrote. “But our concern does not justify abandoning the limited role we play in the extradition process,” she said.