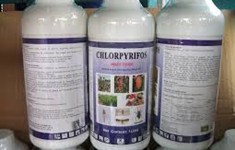 August 13, 2016 pammaclean Civil, US Court of Appeals Leave a comment

The Environmental Protection Agency’s nine-years of foot-dragging over whether to ban a dangerous pesticide is “objectively extreme,” but the 9th U.S. Circuit Court of Appeals relented Friday and gave the agency six more months to make up its mind.

Despite the court’s scolding of the EPA, the appeals court gave the EPA until March 31, 2017, to decide what to do about Chlorpyrifos, used on 60 crops including almonds, walnuts, oranges, cotton and grapes.

“Nothing has changed that would justify EPA’s continued failure to respond to the pressing health concerns presented by Chlorpyrifos,” the court said.

Chlorpyrifos was introduced in 1965 and rapidly gained use to control insect pests that threatened crops. The EPA banned its home use in 2000, calling it “good news for the protection of our country’s public health” but the agency did nothing to stop its use on commercial crops.

The chemical is linked to neurological problems in children and has poisoned workers, children and families in rural areas.

On Dec. 30, 2016, the 9th Circuit told the EPA to make a decision but the agency continued to vacillate. The EPA asked for six more months, while industry groups sought a year-long delay.

But the panel warned, “this is the final extension.”  Dow Chemical, maker of chlorpyrifos has opposed the ban saying tolerance issues could be resolved with more refined analysis of data.