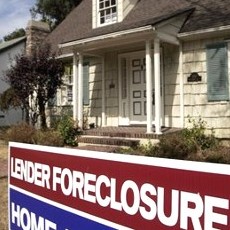 The National Fair Housing Alliance alleged Fannie Mae, which backs most residential mortgages,  that a four-year investigation, from 2011 through 2015, showed discrimination based predominantly on race in maintaining its foreclosed properties in 38 metropolitan areas.

The groups investigated 2,300 properties owned and maintained by Fannie Mae, accumulating more than 49,000 photographs and assessing 35 categories of maintenance on the properties.

The groups looked only at properties that were foreclosed by Fannie Mae and thus became its obligation to maintain.

In 2013, the alliance announced it settled with Wells Fargo for $27 million its allegations that the bank failed to properly maintain unoccupied homes owned by the bank in a complaint with the U.S. Dept. of Housing and Urban Development. (HUD will be headed by Dr. Ben Carson if he is confirmed by the U.S. Senate in the new Trump Administration.)

The failure by banks and government-linked agencies like Fannie Mae to maintain vacant properties has been a simmering issue since the onset of the Great Recession in 2008.

The lawsuit asks the court to order Fannie Mae to maintain its properties and enjoin it from violation of the Fair Housing Act and award damages to homeowners damaged by lost value of homes in neighborhoods with Fannie Mae’s blighted properties.