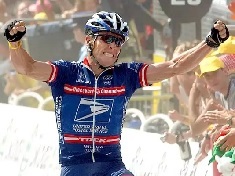 Disgraced former bicycling champion Lance Armstrong must face trial on claims by the U.S. Postal Service, as a cycling team sponsor, that he should repay $32 million in payments it made to Armstrong and team owner, Tailwind Sports, a federal judge has ruled.

U.S. District Judge Christopher Cooper Monday rejected Armstrong and Tailwind’s claims that US Postal did not suffer any actual damages after it was exposed that Armstrong and others had used performance enhancing drugs during competitions.

In 1995, US Postal sponsored the cycling team with Armstrong as its leader. Five years later, Armstrong had battled back from cancer to win two consecutive Tour de France titles. US Postal renewed its sponsorship for four more years on condition that Armstrong remain team leader. From 2000 to 2004, US Postal paid the team $32 million, most going to Armstrong.

The US Postal Service hoped to boost sales in the express delivery market by its connection to Armstrong’s perseverance, speed and reliability, according to Cooper.

Following a long investigation, widespread use of performance drugs was found by Armstrong and some teammates and he was stripped of his seven Tour de France titles and banned from professional competition.

In a widely viewed interview with Oprah Winfrey in 2013, Armstrong did “come clean” to the public, admitting his doping.

The US Postal Service seeks $100 million, three times its investment in the team.  The court upheld the US Postal determination that its actual cost was $32 million.

But Armstrong countered with his own claim for dismissal of the suit arguing US Postal made plenty of money during the competition years and thus had no real losses.

This is a closer question, the judge said.

“Ultimately, however, the court concludes that the monetary amount of the benefits USPS received is not sufficiently quantifiable to keep any reasonable juror from finding that the agency suffered a net loss on the sponsorship, especially if one considers the adverse effect on the Postal Service’s revenues and brand value that may have resulted from the negative publicity surrounding the subsequent investigations of Armstrong’s doping and his widely publicized confession,” Cooper wrote.

The case will now be set for trial.

If USPS prevails, Landis, as a whistleblower, may claim up to 25 percent of the total recovery.