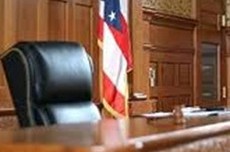 February 17, 2017 pammaclean Civil, US Court of Appeals Leave a comment

Virginia’s ban on mining uranium deposits in the state has been upheld by a split federal appeals court panel over the claims of a uranium mining company that the ban should be preempted by federal law.

The 4th U.S. Circuit Court of Appeals Friday agreed in a 2-1 vote to dismissal of claims by Virginian Uranium Inc., that the state could ban conventional uranium mining in the state without infringing on federal Nuclear Regulatory Commission oversight of uranium.

The mining company sued in an effort to open the nation’s largest uranium deposit in Pittsylvania County, Virginia, which was discovered in the 1980s but has not been mined.

Shortly after the deposit was discovered, the state called for environmental evaluation to ascertain any threats to health and safety of state residents from uranium exploration, mining and milling.

Uranium is the primary source of fuel for nuclear power plants and nuclear warheads. The ore can be recovered by leaching from the site or conventional open-pit or underground mine. Once removed from the ground it is milled into a refined product called “yellowcake,” which is used for nuclear fuel.

The mine tailings, the unused material from the milling, are radioactive and must be stored securely.

In the 1980s, Virginia lawmakers and the governor imposed a ban on uranium mining until a permitting process could be established.

After the state review commission recommended in 1985 to lift the moratorium and create a system to limit public exposure to radiation and tailings. But the state did not act.

In 2013, two state senators sponsored a bill to allow issuance of uranium mining permits.  Again the state did not act.

Stymied by the ban, Virginia Uranium sued in federal court asking to have the ban declared a violation of federal authority over uranium mining.

In addition, the power to regulate mining has traditionally been reserved to the states, said Judges Albert Diaz and Pamela Harris.

The majority also found that Virginia’s ban could be preempted by the federal law if it stood as an obstacle to carry out the purposes of Congress. Even with the company’s claim of a hypothetical nationwide web of mining bans, they would have little effect, according to the court.

In 2015, eighteen domestic uranium recovery facilities were in use on federal land and thus could not be banned by the states. And even in a crisis, the Atomic Energy Act would allow the federal government to forcibly expand domestic production by purchase or condemnation of uranium-filled land.

Thus, the majority held the case was properly dismissed and Virginia’s ban upheld.

In dissent, Judge William Traxler said “in my view Congress has taken away a state’s ability to limit mining” of uranium.