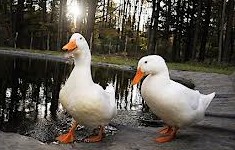 September 15, 2017 pammaclean Civil, US Court of Appeals Leave a comment

California’s ban on sale of foie gras made from force-fed ducks and geese was reinstated Friday by a federal appeals court.

Foie gras is made by placing a food-long tube into the bird’s esophagus to force feed large amounts of concentrated food, enlarging the liver to make the foie gras.

In 2004, the California legislature passed a ban finding forced feeding cruel and inhumane. The law allowed producers a seven-year period to find an alternative method to make foie gras. The ban included not only foie gras made in California but also sales of products imported from elsewhere.

The law was challenged by Hudson Valley Foie Gras in New York and the Ass’n des Eleveurs de Canards, which won an injunction in the trial court that the state law was preempted by federal regulations.

The appeals panel reversed saying the state law was not expressly preempted by the Poultry Products Inspection Act, even if the state law amounted to a total ban on foie gras.

California considered two reports on the topic, including a European Union scientific study that found force-feeing detrimental to the birds and the Israeli Supreme Court, which came to a similar conclusion.

There is a growing list of countries that have instituted similar bans, including Italy, Netherlands, India, Finland, Norway, Poland, Israel, Sweden, Switzerland, German and the U.K., among others.

The opinion was written by Judge Jacqueline Nguyen and joined by Judges Harry Pregerson and John Owens.