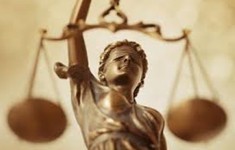 October 30, 2017 pammaclean Civil, US Court of Appeals Leave a comment

U.S. District Judge Colleen Kollar-Kotelly of the District of Columbia court, wrote that the transgender soldiers’ claims that the ban violates the Fifth Amendment protection rights to due process is likely to succeeed.

On July 26, President Trump issued the order abruptly changing the transgender policy to what it had been prior to June 2016.

In a 76-page ruling Monday, the judge halted enforcement of the order until a trial on the issue can be held.

“The court finds that a number of factors – including the sheer breadth of the exclusion ordered by the directives, the unusual circumstances surrounding the Presidents’ announcement of them, the fact that the reasons given for them do not appear to be supported by any facts, and the recent rejection of those reasons by the military itself – strongly suggest that plaintiffs’ Fifth Amendment claim is meritorious,” she said.

She noted in the order that many of the plaintiffs have years of military experience, some for decades, and have been deployed to Iraq and Afghanistan. All fear that the Trump directive will have devastating impacts on their careers and families.