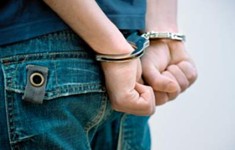 January 29, 2018 pammaclean Civil, US Court of Appeals Leave a comment

Immigrant children who enter the U.S. illegally with their parents have no right to a government-appointed lawyer in court, a federal appeals court held Monday.

Neither due process nor the Immigration and Nationality Act creates a categorical right to court-appointed counsel at government expense for minors, the 9th U.S. Circuit Court of Appeals held in the case of a Honduran boy.

The appeals court found that the 13-year-old boy had a well-founded fear of persecution from the Mara [MS-13] gang after he resisted efforts to recruit him, but he failed to show the fear was based on a legally protected ground. Thus, the court rejected his asylum claim and refused to block his deportation.

In a separate concurring opinion, Judge John Owens noted that the majority did not discuss and left open the question of whether due process would protect “unaccompanied minors,” making a similar claim.

The opinion by Judge Consuelo Callahan and joined by Judge David Faber, a visiting judge from West Virginia, with the separate concurrence by Owens.