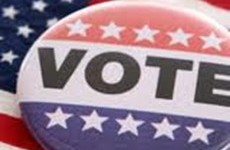 September 13, 2018 pammaclean Civil, US Court of Appeals Leave a comment

A federal appeals court has rejected a Democratic party claim that Arizona’s voting laws suppress minority voting and upheld two state laws that limit how and where ballots may be cast.

The 9th U.S. Circuit Court of Appeals, in a split 2-1 vote Wednesday, found the law banning out-of-precinct voting or submission of ballots on behalf of others impose only a minimal burden on the right to vote.

Judge Sanda Ikuta that the state’s legitimate interest in eliminating voter fraud allows for it to impose some added burden on voters as long as it was not a substantial burden. She was joined by Judge Carlos Bea.

In dissent, Chief Judge Sidney Thomas said the reasoning of the majority would allow election practices that have been used historically to disenfranchise black, Latino and Native American voters. He argued that under the majority reasoning, poll taxes and literacy tests could stand, even though they had been used against minorities to block voting.

The DNC and related groups sue Arizona in 2016 to challenge a new law that made collecting early ballots a felony.

They argued the two laws violate First, 14th and 15th amendments of the Constitution, as well as the Voting Rights Act of 1965.

Opponents of the law said they made it harder for people in rural areas, particularly the state’s Native American population, who live in vast reservation lands and have a harder time getting to the polls and may rely on someone else to deliver their ballot.