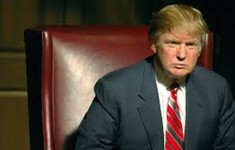 July 10, 2019 pammaclean Civil, US Court of Appeals Leave a comment

It’s a huge legal victory for President Trump. A federal appeals court ordered thrown out the lawsuit claiming that Trump violated the Constitution by profiting from government guests at his hotel in Washington, DC.

The court ordered dismissal Wednesday thwarts the efforts of Maryland and DC to enforce the anti-corruption terms of what’s known as the Emoluments Clause of the Constitution. The conservative three-judge panel of the 4th Circuit Court of Appeals ruled the state and DC have no legal standing to sue Trump.

Maryland and DC argued that Trump International Hotel, just a few blocks from the White House, deprives other local hotels of business because those hoping to curry favor with the President book rooms and events at his hotel.

They allege this violates the emoluments clause, which bars a president from receiving payments or benefits from foreign governments or individuals working on their behalf.

“Even if government officials were patronizing the Hotel to curry the President’s favor, there is no reason to conclude that they would cease doing so were the President enjoined from receiving income from the Hotel,” wrote Judge Paul Niemeyer for the unanimous panel.

“After all,” he continued, “the hotel would still be publicly associated with the President, would still bear his name, and would still financially benefit members of his family. In short, the link between government officials’ patronage of the hotel and the hotel’s payment of profits or dividends to the President himself is simply too attenuated.”

Niemeyer, who was appointed by Republican President Ronald Reagan, was joined by Judges Marvin Quattlebaum, a Trump appointee, and Dennis Shedd, a George HW Bush appointee. the 4th Circuit is based in Richmond, VA.