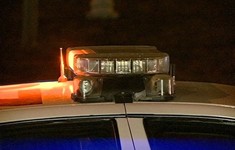 July 12, 2019 pammaclean Civil, US Court of Appeals Leave a comment

In a split decision, a federal appeals panel said Friday the Trump administration was within its constitutional rights to withhold community policing grants for sanctuary cities and states over their refusal to cooperate with federal immigration authorities.

The 9th US Circuit Court of Appeals upheld, 2-1, that the Justice Department’s 2017 decision to award extra points to grant applicants that focused on illegal immigration as a focus area and agreed to give ICE access to jail records and immigrants in custody.

Los Angeles had been denied a $3 million grant because it chose a different focus for its community policing grant application.

A “highly deferential standard” is applicable to the DOJ handling of rules and guidelines for awarding grants, wrote Judge Sandra Ikuta, joined by Judge Jay Bybee.

“Congress did not authorize COPS grants for anything other than placing additional state and local cops on the beat and promote community partnerships,” she said.

The majority rejected the Los Angeles argument that the DOJ practice of giving special consideration to applicants that further its immigration enforcement goals violates the Constitution’s spending clause.

Congress created a fund in 1994 to provide a range of federal help to states and local law enforcement to issue competitive grants to get more cops on the beat and improve police-community interaction.  It was left to the Dept. of Justice to award the grants.

In 1993, President Clinton announced awards of $50 million in grants to 74 cities to hire more than 658 more police officers to be “beat cops.”

But five states have declared themselves sanctuary states, California, Colorado, Illinois, Massachusetts and Oregon. The five received $6.1 million in grants at the peak in 2015 but that fell to $629,000 in 2017 and $299,000 in 2018, according to the Center for Immigration Studies.