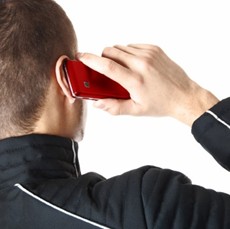 September 10, 2019 pammaclean Civil, US Court of Appeals Leave a comment

Montanans can expect to get waves of robocalls for the 2020 election because the state law regulating them bars automated calls promoting a political campaign and that violates free speech, a federal appeals court said Tuesday.

Almost everyone hates getting those recorded messages and for good reason. In 2018, studies estimated that Americans received between 25 billion and 40 billion robocalls, up as much as 60 percent from the year before.

The 9th US Circuit Court of Appeals said most calls are harmless annoyances. Montana demonstrated a compelling state interest in protecting personal privacy in regulating robocalls, the panel said. But, Montana didn’t tailor the law narrowly to the time, place and manner of the calls.

Instead, the state singled out only five topics of robocalling for regulation, including messages related to political campaigns, but allowed calls to proliferate on other topics.

“Regulating robocalls based on the content of their messaging presents a more severe threat to First Amendment freedoms than regulating their time, place, and manner,” wrote Judge Richard Paez for the panel.

It disadvantages political candidates with fewer resources, the court said.

The Montana law forbids automated phone systems or devices for selection and dialing of numbers and playing recorded messages if the purpose is: to offer goods or services for sale; convey information on goods; solicit information; gather data or statistics or promote a political campaign.

The dismissed case was reinstated and goes back to the trial judge.