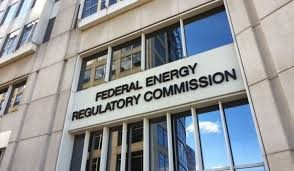 December 5, 2019 pammaclean Civil, US Court of Appeals Leave a comment

A federal appeals court, by a vote of the full court, has revived an environmental challenge to a natural gas pipeline that would run from northern Pennsylvania, through the Carolinas into Alabama.

The Court of Appeals for the District of Columbia agreed Thursday to full court reconsideration of the Atlantic Sunrise Project, approved in 2017 by the Federal Energy Regulatory Commission.

A majority of the 11-judge full court appears ready to consider whether FERC “has transformed this court’s decisions upholding its tolling orders into a bureaucratic purgatory that only Dante could love” as Judge Patricia Millett said in her August dissent, for a three-judge order in favor of FERC

The central question is whether the FERC violated Fifth Amendment due process rights of homeowners and environmentalists challenging the need for the pipeline.

The FERC grant of a certification of public necessity for the pipeline allows the pipeline owner to move ahead with eminent domain confiscation of private property. But to get the certificate FERC must weigh whether the public benefits of the project outweigh the harms.

Environmental groups and private homeowners whose land was in the proposed pathway sued. They lost at FERC and in a Pennsylvania federal court where separate condemnation fights were underway. In 2017, while the petitions for rehearing before FERC were still pending the Commission issued an order that allowed builder, Transcontinental Gas Pipe Line Co. (Transco) to begin construction.

Nearly six months after construction began FERC denied rehearing of the construction order. Four lawsuits were consolidated and appealed to the DC Circuit Court of appeals.

In August 2019, a three-judge panel of the appeals court, 2-1 vote, upheld FERC’s decision saying Transco’s taking of property satisfied the public use requirement of the Fifth Amendment’s due process requirement, allowing taking of private property.

But in a sharp dissent, Judge Millett said that while circuit precedent ties his hands, but complained FERC “has twisted our precedent into a Kafkaesque regime.”

“Under it, the Commission can keep homeowners in seemingly endless administrative limbo while energy companies plow ahead seizing land and constructing the very pipeline that they procedurally handcuffed homeowners seek to stop,” Millett wrote.

She said the case “starkly illustrates why a second look by us or by the Commission is overdue.”

The majority of the court has now agreed and will reconsider the case in full. Oral argument is set for March 31, 2020.