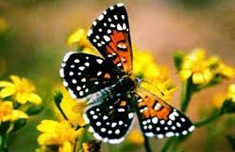 Conservationists have asked a federal judge to declare federal approval of a Contra Costa County power plant a threat to the last sanctuary of the protected metalmark butterfly.

The suit claims the EPA authorized the plant, which is owned by Pacific Gas & Electric Co., to release nitrogen pollution into the Sacramento Delta and upstream of the San Francisco Bay near the only known habitat of the Lange’s metalmark butterfly.

The suit says the butterfly has been protected by the ESA since 1976.  The only known habitat is the Antioch Dunes, an area that allowed the butterfly to evolve into a unique butterfly found nowhere else on earth.

Wild Equity contends the EPA was obligated to consult with the Fish and Wildlife Service before approving the plant.

The lawsuit also maintains that the plant will threaten the Antioch Dunes evening primrose and the Contra Costa wallflower.

By 2006, it was estimated just 45 adults remain, according to the lawsuit.

Wild Equity has asked the federal court to order the EPA to consult with the FWS on the effects of the power plant emissions.